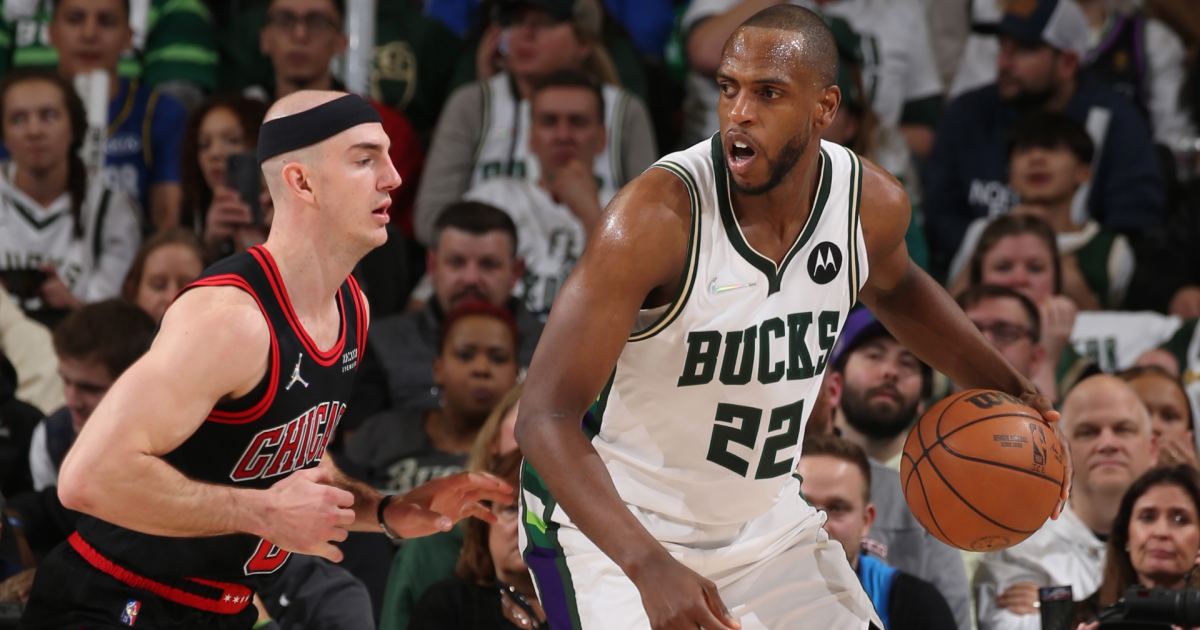 Middleton fell at 7:30 minutes into the fourth quarter and left the game shortly after. The Bucks initially called it “left knee pain” announcing that he would not return for the rest of the game.

Khris Middleton will not return to tonight’s game with left knee pain.

Will Middleton be available for Game 3? Here’s everything we know below.

What is Khris Middleton’s injury?

Middleton injured his knee midway through the fourth quarter of the Bucks’ 114-110 loss as he drove the baseline over Bulls guard Alex Caruso and as he planted his left leg on the spin, she slipped under him.

He was slow to get up and left the game soon after, with Bucks head coach Mike Budenholzer confirming after the game that he had suffered a medial collateral ligament (MCL) sprain in his left knee.

Here is the video of Middleton’s injury:

This should limit the severity of the sprain pic.twitter.com/Huobn4ql0z

Middleton left the game with 18 points on 6-of-11 shooting, adding eight assists and five rebounds.

How long will Khris Middleton be out?

Middleton is due for an MRI on Thursday to assess the severity of the injury, with no current timetable for his return.

“According to what I have just been told, on examination, it is an MCL sprain”, Budenholzer said. “We will have an MRI tomorrow and we will see what more we learn from the MRI tomorrow.”

Middleton’s MRI on Thursday will give a clearer indication of the severity of the MCL sprain and a possible timeline for return. https://t.co/k03dNwwl2s

Check back for updates when more information becomes available.

The series now moves to Chicago for Games 3 and 4. With the Bucks holding home-court advantage, Game 5 and if necessary, a Game 7 will take place in Milwaukee.